After the two serious cases of poaching that we had last autumn in Crete with victims two strictly protected birds of prey, a Bonelli’s Eagle and a Golden Eagle, unfortunately the new year reserved for us another painful side of the Greek reality in terms of respect and protection of nature and wildlife.

On Tuesday 18/01/2022, a team of conservationists from HOS/BirdLife Greece visited the rural area of the Municipality of Eastern Mani, in order to investigate the reason why the transmitter of the Bonelli’s Eagle "Dragon" emitted an almost static signal. Unfortunately, with the arrival of the team at the spot, the worst case scenario was confirmed, as the remains of the young eagle were found, while a little later its satellite transmitter was located too. The transmitter had been detached from the bird's body, probably from the animals that ate its carcass. 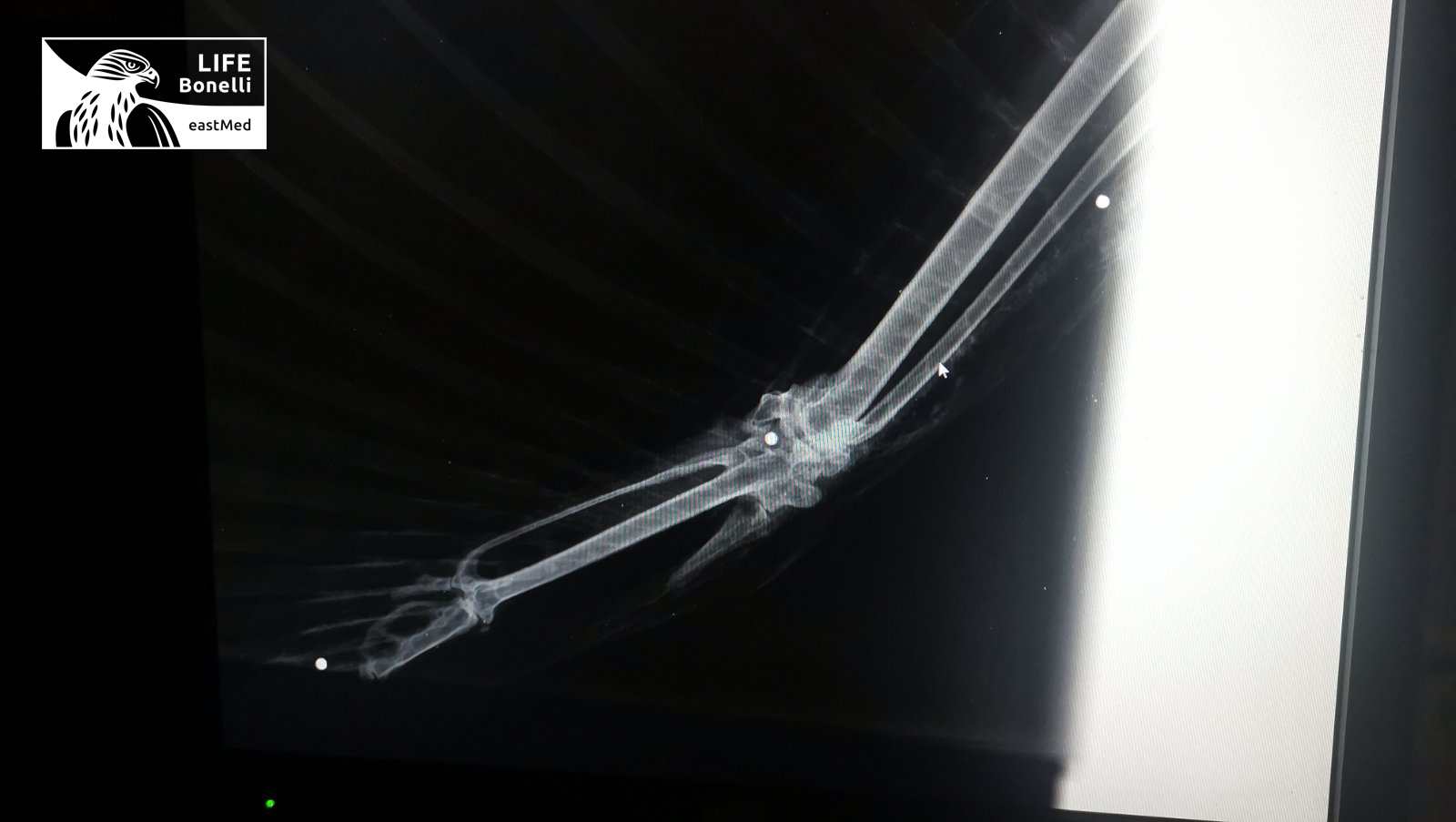 Fortunately, some parts of the "Dragon’s"' body (wings) were found and collected for further examinations. X-ray results showed the presence of pellets in the right wing, confirming the initial assessment that had emerged from the macroscopic examination of the bird's wings. According to the transmitter, it is estimated that “Dragon” did not die instantly but managed to move away from the shooting point and tried to reach the place where he was roosting lately.

"Dragon" was two years old and was ringed and tagged with a satellite transmitter in the summer of 2020 in the nest where he was born. During these months he had gained a lot of experience, traveling to the wetlands of Albania but mainly to various semi-mountainous areas of the Peloponnese. In recent months he seemed to be gradually settling in the mountains of his birthplace, south of Gythio. 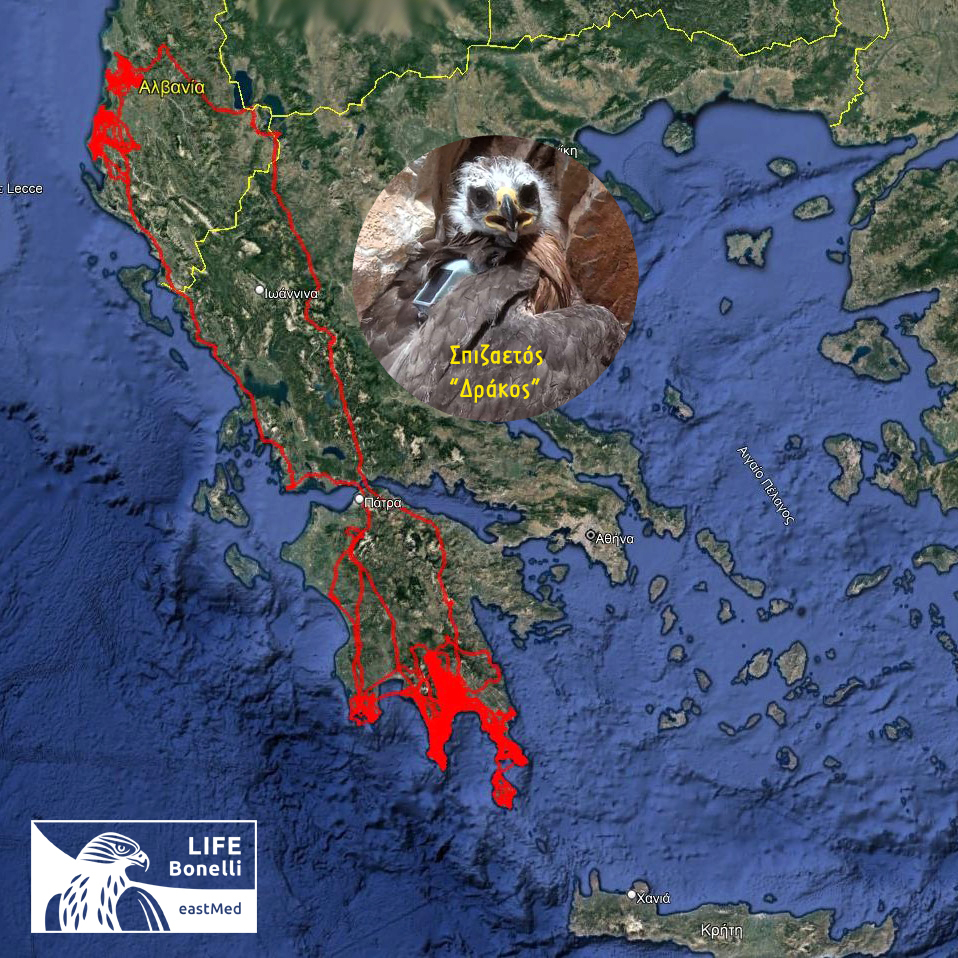 Bonelli’s Eagles can live more than 15 years in the wild. Unfortunately, the life of "Dragon" was interrupted prematurely by someone who decided that he had the right to deprive Mani of one of its few young Bonelli’s Eagles, who are the hope for the preservation of this emblematic species in the Sangia mountain range.

The incident has already been reported to the competent authorities.In addition, the LIFE Bonelli EastMed Project for the protection of the Bonelli's Eagle will, as appropriate, formally inform the European Union in order to initiate relevant procedures, as the incident concerns a European funded Project and Bonelli's Eagle is a strictly protected species internationally.

Killing birds of prey is a CRIME!

We invite anyone who has information that may help to identify the perpetrator to contact at the Gytheio Forestry, Peloponnese at tel. +30 27330 22255.