“Eka”: the new member of the Project Antipoison Dog Unit

On October 30th, 2021, the staffing of the Project Antipoison Dog Unit was completed with the receipt of the 3rd sniffer dog.

"Eka", the 2-year-old German Shepherd dog, arrived on 29th of September and carried out for a month the necessary adaptation period with her new handler, the experienced Federal Gamekeeper, Mr. Spyros Nistikakis, who operates in Crete - and not only - as handler of "Daika" since 2016. 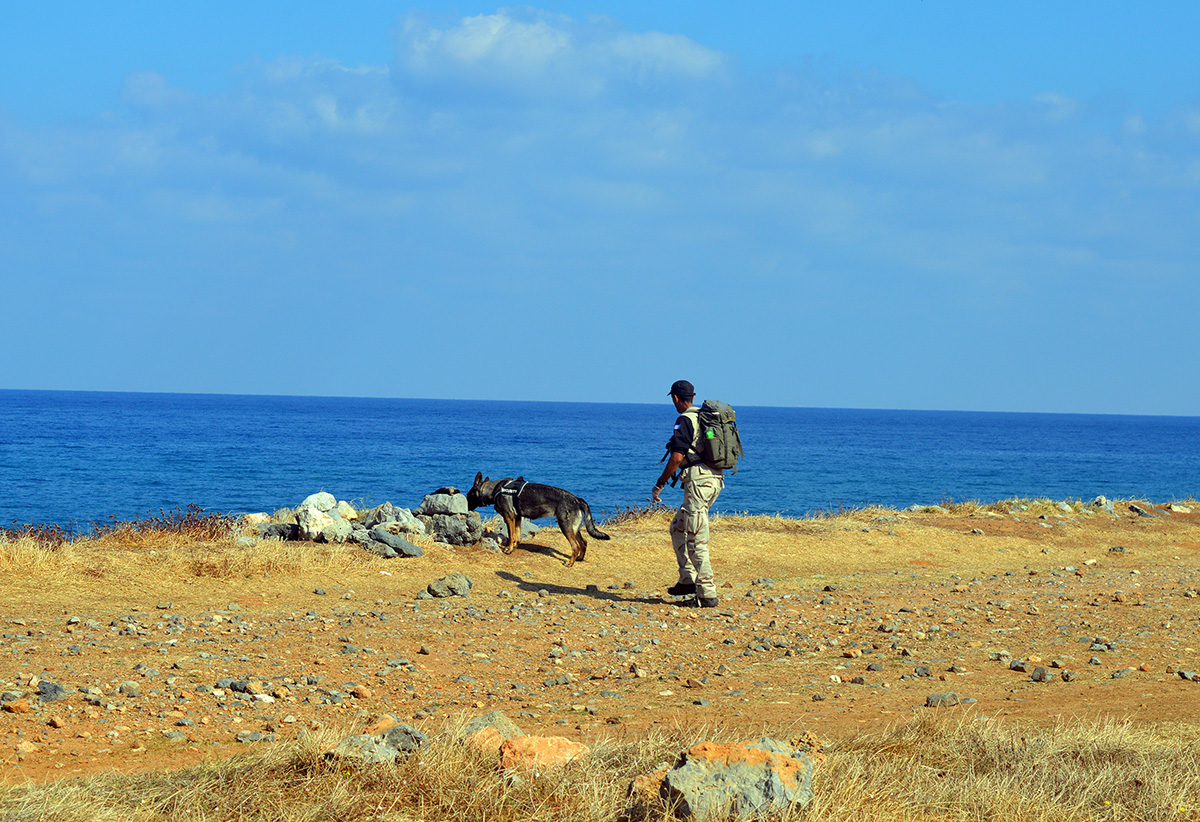 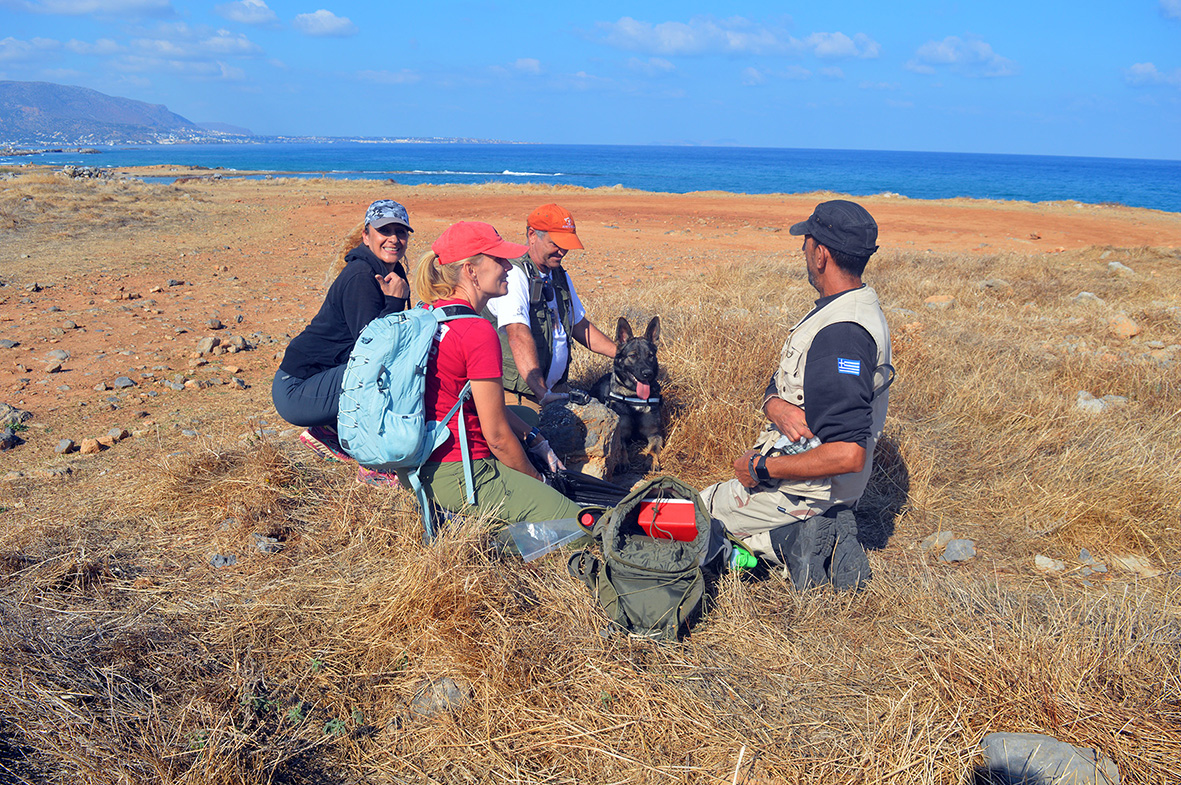 During the training, 250 hours of theoretical and practical training were provided (19 patrols in the field) in the handling and cooperation of the handler with the dog, in locating and managing the findings, as well as in matters of behavior between the team members. Note that this training cycle was preceded by a 6-month training of the dog in Spain by the breeder-trainer Mr. Jesus Lopez Valladolid, with more than 200 different exercises for the detection of poisoned baits.

The new Antipoison Dog Unit with "Eka" and Mr. Nistikakis is added to the two already active since December 2019 Project Antipoison Dog Units (Mr. George Chorafas with "Paka" in the Region of Lasithi and Mrs. Christina Diakidi with "Tsika" in the Region of South Aegean and Dodecanese). "Eka" and her handler are expected to cover the Regional Units of Heraklion and Rethymnon with autopsies in cases of poisoning or precautionary patrols in areas of the Project.

The aim of the Antipoison Dog Units is to locate and remove poisoned baits and poisoned animals from the countryside, which are one of the most serious threats to wildlife, including the endangered Bonelli’s Eagle. 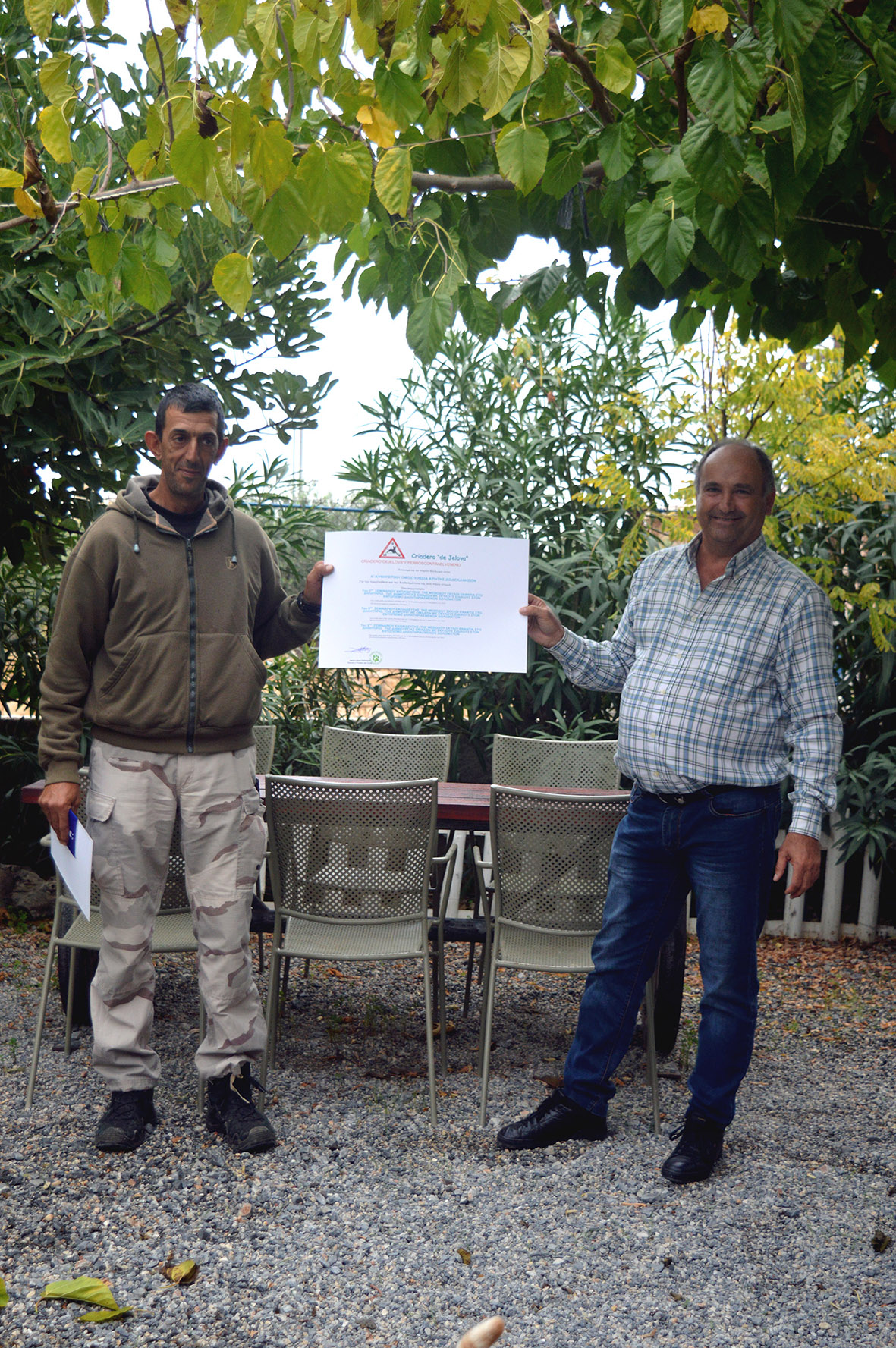 The photos are from the pickup of “Eka” on 29/9, the training patrol in the area of Malia on 21/10/2021 and the receipt of the training certificate from Jesus Lopez Valladolid to Spyros Nistikakis on 30/10/2021.